With the new launch of iOS 7, there are many features added. Apple is working all his way to know how users are using its products and what more demanded features are. But every product face some problems, considering disadvantages in the article is also important. 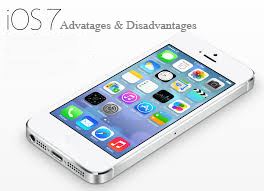 bad things about ios7, features of ios7, good and bad in ios 7

OMG
0
OMG
I am a blogger and freelance web developer by profession. I love to blog and learn new things about programming and IT World.
junaidjee
Fiverr
Seller
Hi, I am Junaid, a computer science graduate, WordPress developer, and Blogger.
I started my freelance career back in 2009. Up till now, I have completed the customization of websites and developed some plugins.
I also run a blog dot com where I write about technology, computers, and WordPress.